Tom Haines, general manager of Tampa’s Epicurean Hotel, was recently awarded the Mustang Award from Marriott International. The annual award recognizes general managers or hotels that have overcome substantial obstacles and/or introduced new innovation to the market. Haines received the Mustang Award for his work in opening the Epicurean Hotel in December 2013, the first newly constructed hotel property in the United States to join the prestigious Autograph Collection® of Marriott International, Inc. 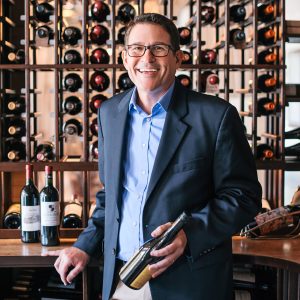 “Tom was an inspiration to everyone around him during the opening process of the Epicurean Hotel,” said Joe Collier, president, Mainsail Lodging & Development. “His leadership and creative input assisted in the successful development of innovative concepts and ideas that have made the Epicurean the unique property it is today.”

Prior to his position with the Epicurean, Haines spent nine years with Loews Hotels at Universal Orlando where he held several positions, including Executive Assistant Manager at the 750-room Loews Portofino Bay Hotel. With nearly 30 years of experience in the hospitality industry, Haines has won several awards, including Food and Beverage Team of the Year for Loews Hotel Corporation and Catering and Convention Services Director of the Year for Hyatt Hotels Corporation. A graduate of the Culinary Institute of America, Haines is originally from Morristown in upstate New York.

About Mainsail Lodging and Development Group
Mainsail Lodging and Development is a Tampa-based hospitality company that develops and operates lodging products in the Southeastern US and the Caribbean. Their properties include Scrub Island Resort, Spa & Marina (ScrubIsland.com), a private island resort in the British Virgin Islands and member of Autograph Collection® of Marriott International; Mainsail Beach Inn (MainsailBeachInn.com), a boutique beachfront hotel and marina on Anna Maria Island, Florida; Mainsail Tampa Extended Stay and Mainsail Conference & Event Center (MainsailTampa.com) in Tampa, Florida; Mainsail South, a 328-unit apartment and corporate housing complex in South Tampa; and Mainsail Apartment Homes, a 360-unit apartment community in Tampa’s Westshore district. The company also operates corporate housing throughout the Southeast, exclusively managing the Florida market for Oakwood Worldwide® under both its ExecuStay® (ExecuStay.com) and Oakwood® (Oakwood.com) brands, while also operating ExecuStay (ExecuStay.com) in Georgia, portions of Alabama, and The Carolinas. Opened in December 2013 in Tampa, Florida, the boutique food-focused Epicurean Hotel (EpicureanHotel.com) was created in collaboration with the legendary Bern’s Steak House and is the first newly constructed property in the United States to join the Autograph Collection®.

About Bern’s Steak House
Internationally known for its vast wine collection, perfectly aged steaks and famous dessert room, Bern’s Steak House offers a world-class, incomparable dining experience. When Bern Laxer opened in 1956, he envisioned Bern’s as Art in Steaks. Today, son David Laxer and Chef de Cuisine Habteab Hamde continue Bern’s tradition of excellence with a gastronomic adventure that includes prime dry-aged steaks cut-to-order, 21 choices of caviar, fresh seafood and vegetables in a setting like none other. Housing the World’s largest wine collection of over 500,000 bottles, Bern’s offers 7,000 selections to its guests. In 2015, Bern’s was named a semi-finalist for Outstanding Wine Program by the James Beard Foundation. Additionally, in 2014, Bern’s was named an Outstanding Restaurant Semi-finalist, one of twenty in the country by the James Beard Foundation. Lastly SideBern’s, (now Haven), Bern’s sister restaurant and its Executive Chef Chad Johnson, also of the Epicurean Hotel, were named a 2012 and 2014 Semifinalist for Best Chef: South. Haven, formerly SideBern’s opened in March 2015. For more information on Bern’s Steak House and its subsidiaries, visit bernssteakhouse.com.

About Autograph Collection Hotels
The Autograph Collection is an evolving ensemble of strikingly independent hotels. Exactly like nothing else, each destination has been selected for its quality, bold originality, rich character and uncommon details. From near to far, iconic to historic, the result is an array properties that is nothing less than unique, nothing short of collectively exceptional. For more information and reservations please visit www.autographhotels.com, or explore our social media channels to learn more about championing the independent spirit.
Facebook: www.facebook.com/AutographCollection
Twitter: www.twitter.com/Autograph
Tumblr: http:/autographcollectionhotels.tumblr.com/